SQL macros take away some of the tedious and verbose parts of writing SQL.

Instead of the standard SQL date_trunc function using date_trunc(${interval}, timestamp), you can use [timestamp:${interval}] where valid ${interval} is one of:

Let's assume you have a table with a joined_date that you want to aggregate monthly. Without the macro, you'd be writing for PostgreSQL / Redshift:

and for SQL Server:

With the macro, you can simply write:

The special macro aggregation makes the aggregation interval user configurable: one amongst year, quarter, month, week and day. The default is quarter if no aggregation is picked. An example:

Let's assume you have a table with a column joined_date that you want to apply the date range filter. Your query will look like the following (with an additional aggregation thrown in):

The above query will get rewritten as for PostgreSQL / Redshift:

and for SQL Server:

To filter just on the start [daterange_start] or the end [daterange_end] of the date range, use the following:

If you rather hardcode the date range filter, instead of making it user configurable, the following are supported:

These date ranges are relative, and will always reflect the time they were run at.

For example with the SQL Server dialect, 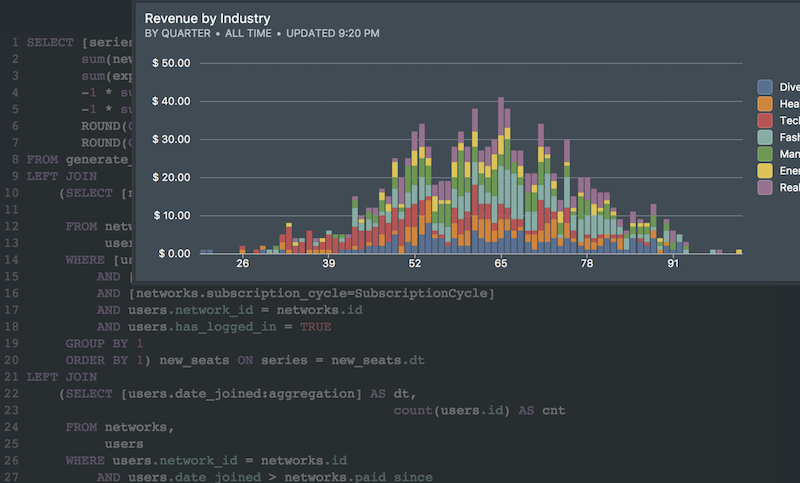 No spam, ever! Unsubscribe any time. Learn more about the product.